Finding Ways to Give

Create a local costume exchange program
Clark County Costumes FB page
Seven years ago, prior to having children, I noticed how cheap Halloween costumes were at yard sales.  I decided to collect as many as I could with this lending program in mind.  Two years ago, I opened my hallway to friends with 70 costumes to choose from. 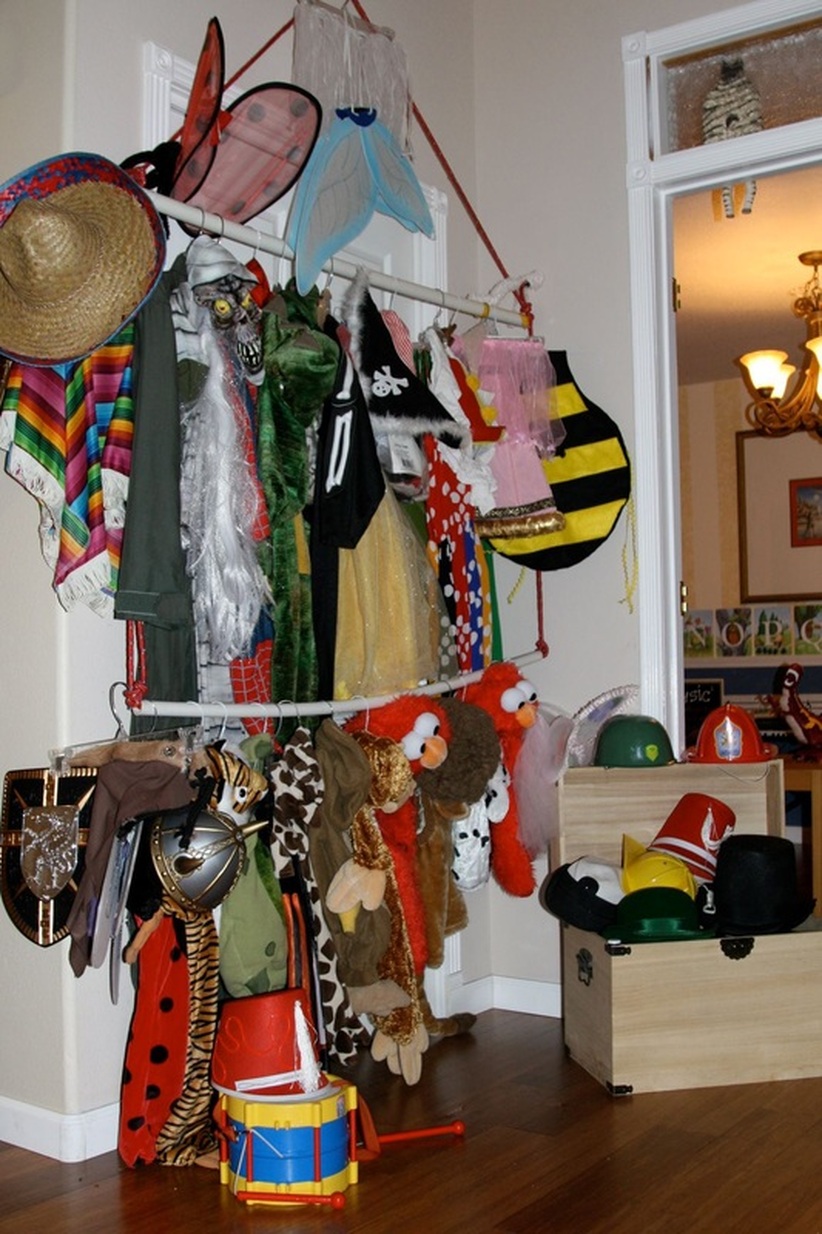 Friends began donating their old costumes instead of bringing them to GoodWill.  I then moved the Program to my garage where I stored 200 Costumes to lend out last year.  Again to friends and at no charge.

This year, I reached 300 costumes!  I was able to open the program up to all of Clark County This year.  I just lent out my 100th costume this week!  The inventory grew so large I had to move it to our guest bedroom.

The costumes will now be available to the community year round.  Families have a resource for borrowing costumes when needed for theme birthday parties, school activities, parades and dress up playdates 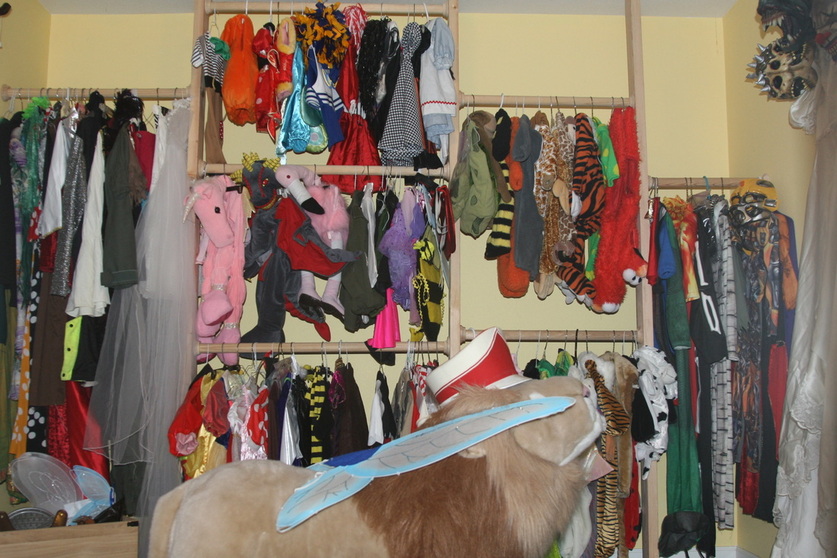 The beauty of this program is anyone can create it.  Just start with your local friends and ask them to donate their costumes to you.  I love that it's free and that it inspires community spirit! 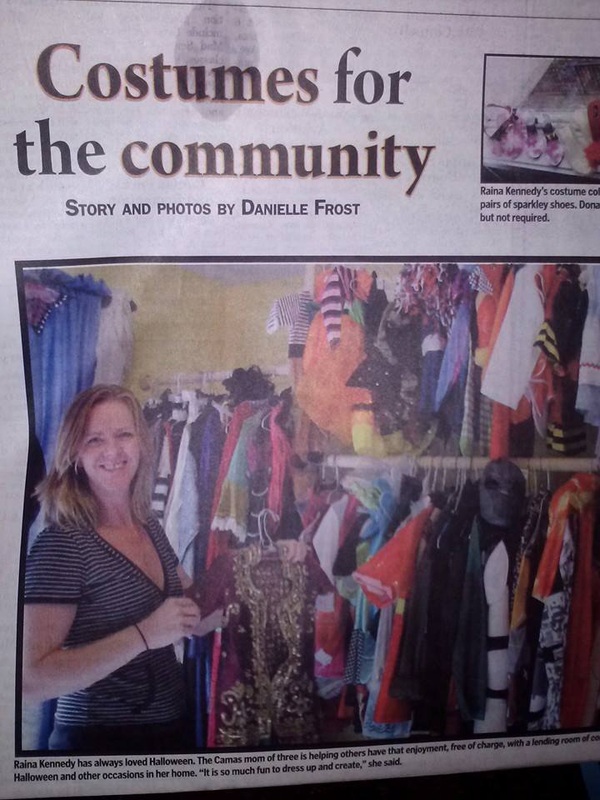 Our costume Inventory grew this year!  We now have close to 500 costumes.  Here are some new pics of the updated room.  I had to find a better storage and display system to keep everything organized. 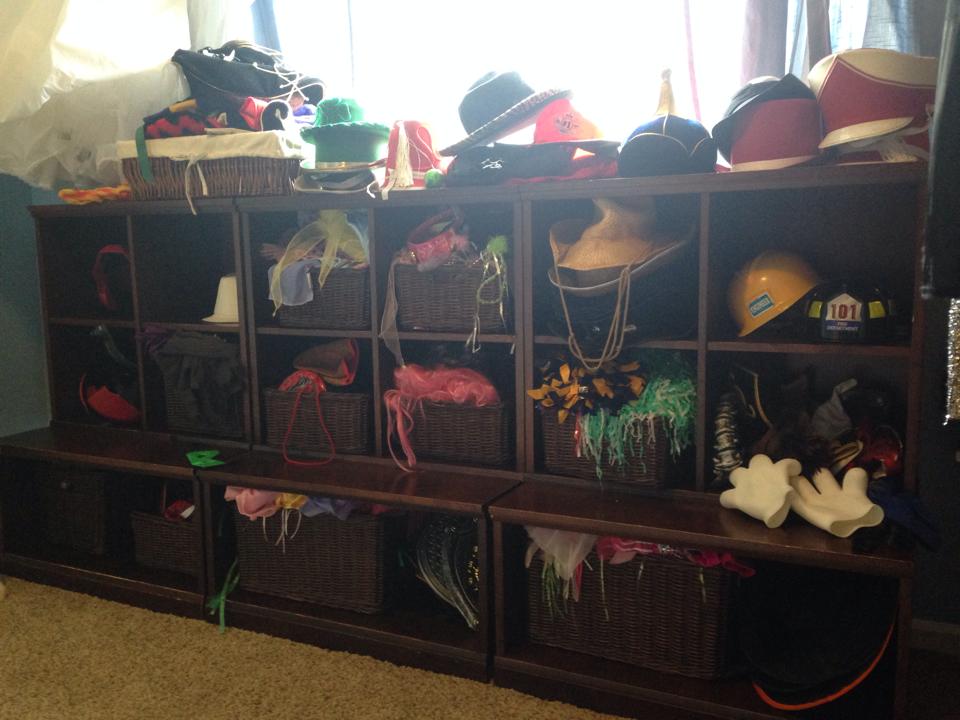 Section 5: These are Pottery Barn storage units. I scored them all for just $50! A total savings of $950! I'm so excited about these because they are the perfect catch all for all our accessories.

Themed Birthday parties have been a huge hit!

Since Halloween, we have been lending out costumes for local themed birthday parties.  So far we have lent out 200+ costumes for various themes.  We even have fun props!  Our enchanted Lion has been the biggest hit.  The kids named him Dirt.  He's a large, plush Lion that can carry two to three children.

Just started reaching out to local schools to let their theater departments know that we have 300+ costumes for them to use throughout the year for their various shows.  Community serving the community!  It's so rewarding.
March 13, 2014
Received approximatrely 100 girls princess and dance costumes as a donation from a local thrift store https://www.facebook.com/pages/Pipsqueak-Resale-Boutique/75496970870  That brings our costume inventory up to 400+ costumes!